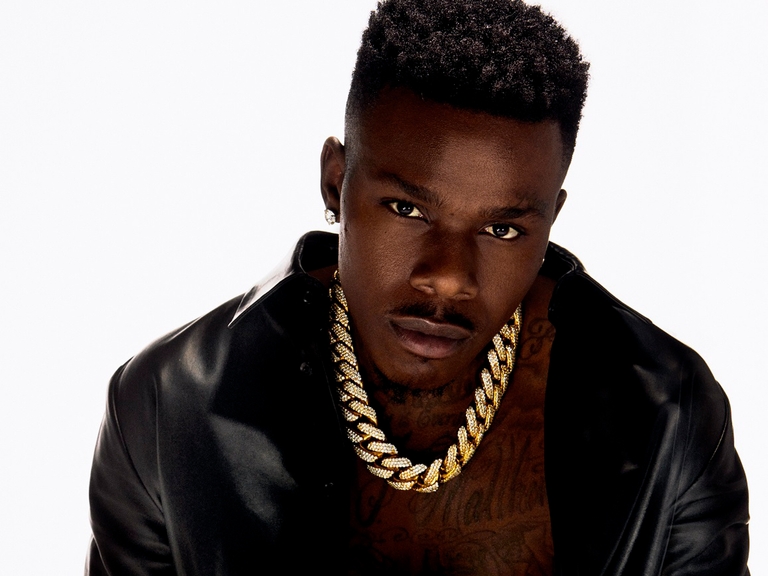 Buy Tickets
Saturday, July 31
Show: | 7pm // Doors: | 7pm
$48.50 to $78.50
Concrete Street Amphitheater
The. Wait. Is. Over. DaBaby Live at Concrete Street on July 31st!
All previous tickets will be honored for the new date.
Tickets are on sale now!
Jonathan Lyndale Kirk (born December 22, 1991), better known as DaBaby (formerly known as Baby Jesus), is an American rapper and songwriter from Charlotte, North Carolina. His debut studio album Baby on Baby (2019) peaked at number 7 on the Billboard 200, while his second studio album, Kirk (2019), debuted an number one. The albums produced the Billboard Hot 100 hit singles "Suge", "Intro", and "Bop". Outside of his own work, he has been featured on songs by artists including Post Malone, Camila Cabello, and Megan Thee Stallion. He has sold 5 million records in the US.

TO RECEIVE THE LATEST INFO

Click through to review our latest enhanced safety operational procedures for upcoming events.
Your safety is our priority.